His triumph means Tunisia – where the Arab Spring began – remains the only Arab country to move from authoritarian rule to democracy in that period.

On Monday, electoral authorities confirmed that Mr Essebsi had won a run-off vote against Mr Marzouki.

The new president took his oath of office at a ceremony in the newly elected parliament – where his party Nidaa Tounes also holds the largest number of seats. 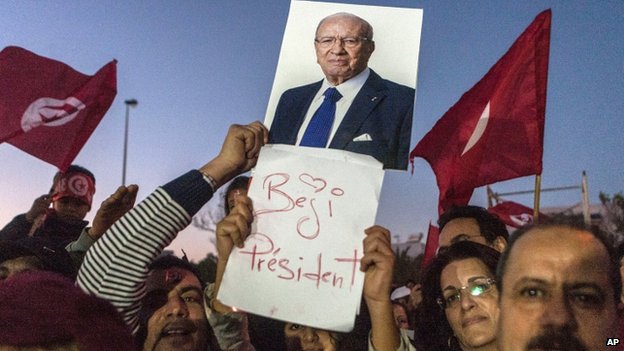 Journalist Naveena Kottoor in Tunis says that while this is the latest democratic milestone for Tunisia, many in the country are arguing that political transition will only succeed if newly-elected politicians usher in social and economic changes.

Mr Essebsi has urged all Tunisians to “work together” for stability but critics say his win marks the return of a discredited establishment, pointing out that he served under President Ben Ali.

This month’s vote was the first time Tunisians have been able to vote freely for their president since independence from France in 1956.

The new president will have restricted powers under a constitution passed earlier this year.

He will be commander-in-chief of the armed forces but can appoint or sack senior officers only in consultation with the prime minister.

The Department of the Treasury Office of Foreign Assets Control, in a coordinated action with …